There are a wide variety of companies which are associated with sports in one way or the other. Digital Media plays a very important role in the sports ecosystem to build fan engagement through fantasy sports and it is very closely associated with sports. But the most important for the media companies is their sports content consumption and identifying the best revenue streams.

One of the most innovative methods to deal with this is Fantasy Sports. In sports media, fantasy sports is more than a business. When you consider fantasy sports for building engagement, the process of engagement becomes more organized while you are able to engage customers more deeply.

The future of fantasy sports is full of fantasy. As the pandemic affected major live sporting events that were either postponed or canceled to ensure the safety of the players, Global sports fans consumed newer long-tail sports like baseball, handball, and rugby through fantasy sports. The industry has been able to introduce new sports and tournaments from places that were free of Coronavirus.

Fantasy sports in the U.S., Europe, U.A.E, and Nigeria continue to grow and show no signs of slowing down. The United States fantasy sports industry has grown from an estimated 35 million players in the US + Canada in 2010 to 80 million in 2020.

Features of The Fantasy Sports Platform 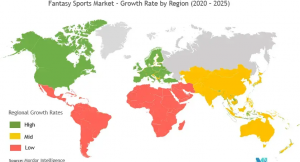 To engage sports fans with their favorite sports league and tournament they have to watch it mostly on Television and sometimes in a stadium. With the advent of social media platforms, fans got the opportunity to follow their favorite league, team, and player. These, however, are passive ways of engaging with sports.

All the above factors lead to more engagement on your fantasy sports platform by increasing the time spent. 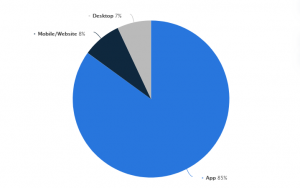 English Premier League or the EPL, is the top level of the English football league system. Contested by 20 clubs, it operates on a system of promotion and relegation with the English Football

The Indian Premier League is a professional 20-20 cricket league in India usually started in March of every year by 8 teams representing 8 different cities or states in India. The league was founded by the BCCI in India in 2007.

The Canadian Football League is a popular sports league in Canada. The CFL is the highest level of competition in Canadian soccer. The league consists of 8 teams, each located in a city in Canada.

No comments to show.

We are ready to help you achieve your ultimate vision for your project. Contact us today for a free quote on modern design and development system.